83% of BTCs addresses are smiling to the Bank

Most BTCs wallets containing Bitcoin are already smiling to the bank, as a report seen on Glassnote Twitter’s feed shows that 83% of Bitcoin addresses are in a state of profit up 43% since the crash in March. 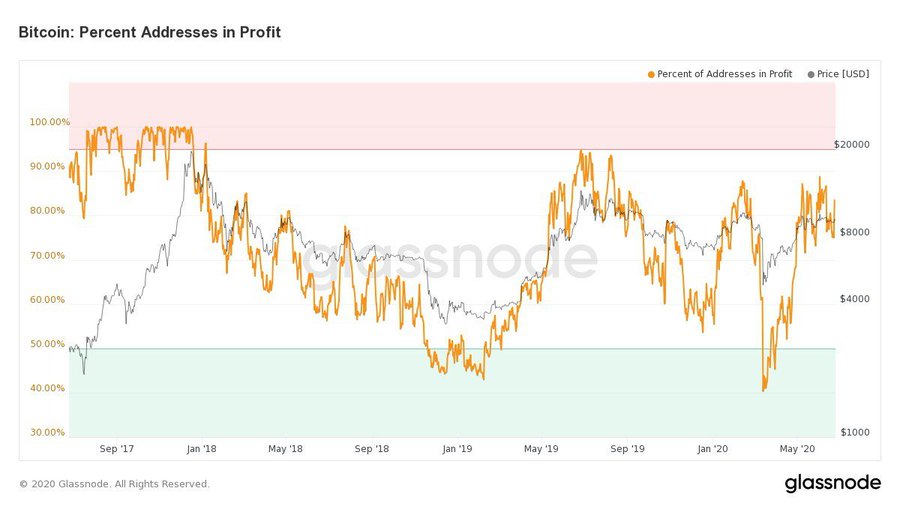 Recall that the number of individuals with Bitcoin (BTC) assets of 0.1 coins or more has broken into new all-time highs recently.

Data obtained from a popular crypto data aggregator, Glassnode recently shows the number of Bitcoin wallets holding 0.1 BTC or more reaching a new record high of 3,054,282 beating out May 21’s previous record by about 212 addresses. 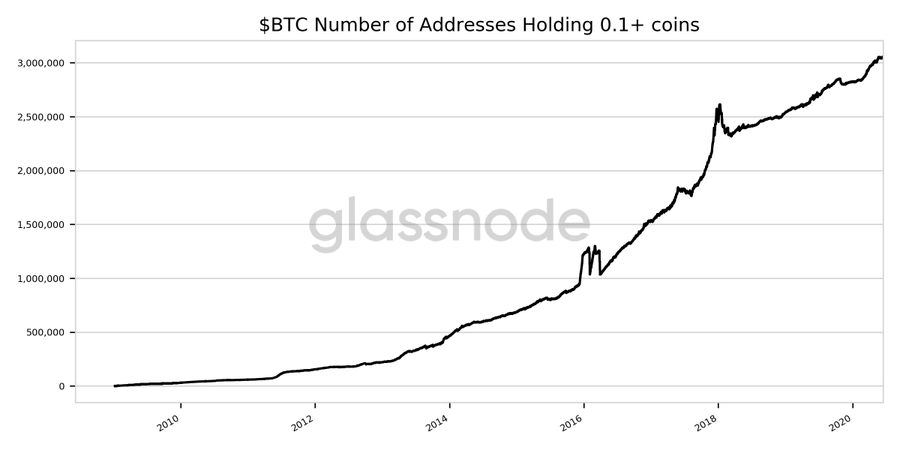 How easy is tracking BTCs? It should be noted that Bitcoin is not really anonymous because all BTCs transactions are kept permanently and publicly on the blockchain or ledger system, so it’s very easy for anyone to see the transactions and balances of any BTC address.

Chainalysis researchers recently explained in detail that as the rush for BTCs keeps increasing, the price will most definitely be affected. The report said;

“With more people looking to trade BTCs, which is only becoming scarcer following the recent halving, bitcoin moving from the investment bucket into the trading bucket could become a crucial source of liquidity. However, one would expect this will only happen if bitcoin’s price rises to a level at which long-term investors are willing to sell,”

The report claims the “Hodler net position change,” which provides an aggregate of long-term wallet holder behaviour, has been positive on 154 of the first 170 days of 2020. Glassnode data shows Hodlers have made a net increase of 233,000 BTC to their positions since the start of the year.