Binance’s CZ Expects Bitcoin To Break From $8,000 Range: Will It Happen?

For one reason or another, the past few weeks have seen Bitcoin (BTC) and its ilk freeze. The cryptocurrency market has been stuck in an odd holding pattern, whereas volatility has fallen, trading ranges have been established, and volume has begun to diminish.

However, digital assets across the board may soon move. That’s according to Changpeng “CZ” Zhao of Binance anyway. In a recent tweet, the exchange chief executive, known for his optimism in the cryptocurrency ecosystem, suggested that Bitcoin breaking from the grip of $8,000 is a matter of “when, not if”.

Of course, he didn’t note which direction he expects for BTC to take. Knowing the context though, he’s likely expecting a move higher. Could this really happen though?

Here comes that run for $BTC boys and girls. Testing the critical $8,000 again and again. 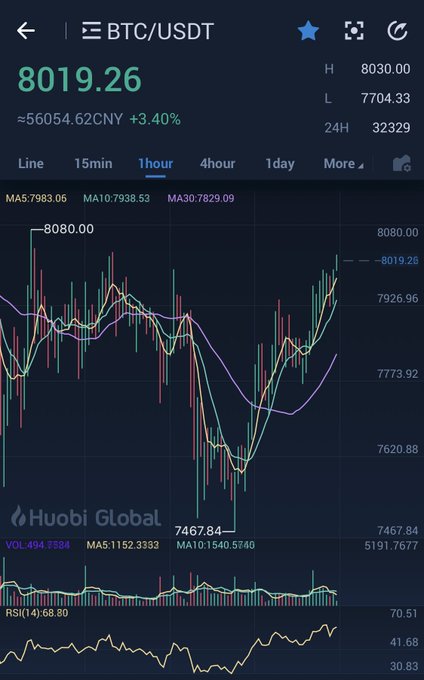 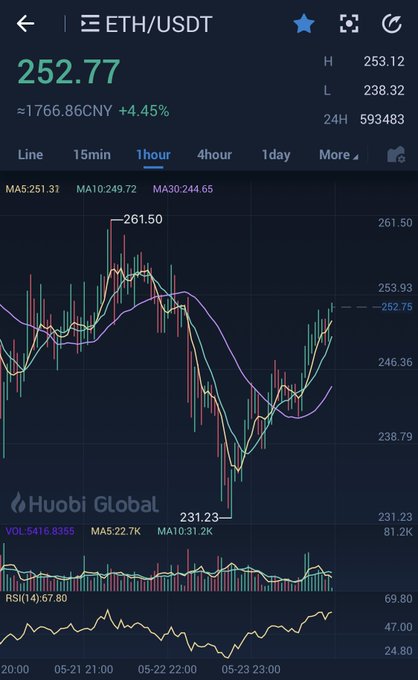 Is Bitcoin Ready To Move?

Per a number of analyses from a handful of prominent traders, BTC is poised to make a move in the next coming week. And this move is seemingly a bullish one.

Analyst Galaxy recently pointed out that BTC is currently trading within a symmetrical triangle pattern, which studies state has a 60% chance of leading to a price breakout. If this breakout occurs, the analyst suggests that a move to $10,000. Galaxy’s peer, Crypto Rand, has corroborated this call, also noting that the triangle formation suggests a breakout to the $10,000 region, as there exists the next set of key horizontal resistances for Bitcoin.

$BTC is currently forming a symmetrical triangle and that means a 60% chance of breaking upwards on its way to $10K.

It’s important to keep a closer look because when it will confirm a direction, alts will retrace.

But for now, we have approx 2 weeks to enjoy the altcoin party.

And as Dave The Wave notes, the daily chart for Bitcoin currently has a “stunning technical set up.” What Dave seems to be referring to is the fact that BTC is currently trading in an ascending triangle pattern that exhibits a clear uptrend. What’s more, a medium-term parabola has continued to hold, suggesting that BTC could move to $9,000 and beyond by early-June.

Some, however, been a tad skeptical. Bravado’s Bitcoin Jack recently noted that BTC has failed to break above its “FAPFAP” bear market average price level. This is purportedly a sign of an impending reversal, as he saw similar patterns in gold, the S&P 500, and Ethereum. What’s more, BTC is currently trading at the monthly and weekly resistances from July 2018, which the leading cryptocurrency was rejected from when it attempted to break out.

He goes on to draw attention to the fact that parabolic advances, like the one that digital assets experienced, always result in a 60% to 70% retracement. And, to top that all off, Jack bluntly points out that longs are clearly consolidating on BitMEX; volume has slowed, despite the recent rebound; the Bitcoin-backed exchange-traded funds are off the table; and altseason, especially for an asset like Ethereum, seems to be right on the horizon.

So yes, if some of the aforementioned analysts’ calls are correct, the current consolidation may soon end and volatility may soon return. What’s left to know is in what direction will Bitcoin move.