China has added its currency to the weapons it is willing to use in the trade war with the U.S., and it is now up to President Donald Trump to determine how much further the situation can escalate.

China on Monday allowed its currency to slide below what has been a psychological red line—the key 7 yuan to the dollar level — for the first time since 2008. China also halted new purchases of U.S. agricultural products, according to state run media.

The Chinese picked two sore spots for Trump, who has protested the strong dollarand railed against other countries he says are weakening their own currencies for trade advantage. He has also attempted to boost Chinese purchases of agriculture products to limit the impact on farmers, who have also received some federal funding to offset the string from the lost sales. 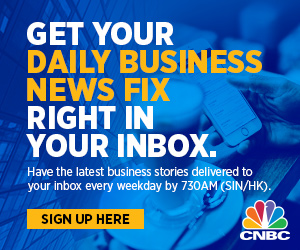 Trump blasted China Monday for manipulating its currency, but strategists say the next move is his, and that it will be clear how serious China is about cheapening its currency at the next fixing early Tuesday. The People's Bank of China each day sets a rate for the yuan, allowing it to trade in a band against the dollar that is 2 percent on either side of its midpoint value. That is the onshore currency, or CNY. The offshore currency CNH is used by foreign investors and banks and it fell to a record 7.09 per dollar.

"I think its their biggest signal yet," said Marc Chandler, chief market strategist at Bannockburn Global Forex. "The Chinese are signalling that they have lost confidence that they can reach an agreement with Trump. And until now they were willing to go along and play the game."

China's central bank denied it was devaluing its currency in response to Trump's latest tariffs, but an official was quoted anonymously saying it was a reaction to tariffs. Trump has said he would put 10% tariffs on another $300 billion in Chinese goods as of Sept. 1 and possibly even raise them to 25%. Weakening the currency would help offset the revenue impact of tariffs.

Chandler said China had held off on allowing the currency to move lower intentionally, and one of its concerns is a capital flight if the currency gets too cheap, as happened in 2015. "I think this was a shot across the bow. If Trump is going to go from 10% tariffs to 25% tariffs to something else, the Chinese are prepared to let it drop further," said Chandler.

"There's one quote [from a Chinese official] that tells you this is a shot across the bow and it tells you it depends on how Trump responds," Chandler said. Of the 7 yuan level, Chandler said the official said the level "was not like an age that when passed, cannot return."

So it will be key whether the PBOC sets the currency higher or lower in coming days.

Global risk markets sold off sharply Monday on concerns that the battle between the two largest economies will result in a global recession. The Dow was down more than 900 points at its low, as investors rushed into safe havens, particularly U.S. Treasurys. The U.S. 10-year yield fell to 1.73%, the lowest since 2016, and well below the 2.07% area it was in before last week's Fed meeting.

The dollar was weaker against major currencies, including the euro and yen, but it was higher by 1.5% against the Chinese yuan. The dollar index fell in its worst day since early June, but the dollar was higher against China-related and emerging market currencies, like the Australian dollar, Mexican peso and Brazilian real.

"I think China is letting us know the currency is in their arsenal. ..This is not a currency war in any sense, but it obviously is raising some risk that things could accelerate," said Bruce Kasman, J.P. Morgan's chief economist. Kasman said the yuan was already under pressure just because of the appreciation in the U.S. dollar.

"We don't think they'll let the currency run much further here," he said. "I think they have their own domestic reasons not to let it go too far. They have a lot of dollar-denominated debt in China, and so as not to exasperate the expectations too much on the currency because that would lead to outflows."

On the U.S. side, Trump also has other cards he can play beyond just upping tariffs.

Strategists say one idea that was discussed at the White House last month was the possibility that the U.S. intervene in the currency market to bring down the dollar, but they doubt that would happen, in part because it would not likely succeed.

In an intervention, the Treasury would instruct the New York Fed to carry out operations on the dollar, and the fund it would use has assets of $94 billion. There is $36 billion of cash and cash equivalents, with $22 billion in Treasurys. Strategists say that is not enough fire power to successfully weaken the dollar, if the U.S. were to act alone.

"The dollar is weakening today against other currencies. Really strengthening only against the renminbi and other emerging markets," said Peter Boockvar, chief investment strategist at Bleakley Advisory Group. "When it comes to currency intervention, who would they intervene against? I don't think they do there. it's too difficult to maneuver. The history of intervention is littered with disappointment. Just look at Japan. The Swiss central bank has been intervening for years. It's a failed policy, and it's not something they should be doing."

Strategists said the president is typically very sensitive to stock market moves, and that may be what makes him change tact. The Dow was having its worst day since Feb. 8, 2018.

Besides that the U.S. has limited funds, analsyts say G-20 countries have agreed not to conduct solo interventions, unless there is extreme currency volatility. The last coordinated intervention was a move to drive down the yen, when it was rising following the 2011 tsunami.

Kasman, like other economists, said the ramping up of trade conflicts and the new tariffs and retaliation raises the risk of recession.

"There was always elevated risk, and I think this does add to it...you're having steps taken by countries that are counterproducive to stabilizing global growth," said Kasman.

William Jackson, chief emerging market economist at Capital Economics, said one economic threat from the latest tariffs is the potential hit to business confidence. Economists also note that the latest round of U.S. tariffs hit on goods that are more directly consumer products, and could impact companies, retailers and consumers just as holiday shopping gets underway.

"It takes the global economy, not to recession, but to its weakest growth pace since the financial crisis," said Jackson.

Strategists said China has more options if it wants to signal its unhappiness, including the unlikely path of selling U.S. Treasurys. The Chinese government could meddle with U.S. companies with operations in China, and take such steps as ramping up regulation.

"China can control its currency without having to intervene. They can squeeze the Hong Kong offshore market, and they and do it through interest rates, and they can also raise the margin requirements for having short forward positions," said Chandler. "They can set the reference rates. There are policy tools they can use..There's a lot of things China can do to move their currency which is part of the U.S. argument. They're not very transparent.

Jackson said China could just decline to engage in further negotiations. "Talks are meant to restart at some point in September. We might see more noise as those approach if the trade war were to escalate," Jackson said.

Strategists say, for now, global central banks will feed liquidity to markets slammed by trade worries. The PBOC is expected to introduce rate cuts and more easing, and expectations for the Fed jumped to three rate cuts for this year, from two right after Fed Chairman Jerome Powell disappointed markets last Wednesday.

China's action was not unexpected, but strategists say the speed at which it moved to let the currency fall was a surprise.

"Your back is put against the wall and you're constantly being attacked. Pride starts to kick in, and it's not surprising China has started to assert some of its force," said Greg Peters, head of multi sector and strategy at PGIM Fixed Income. "I'm not sure what that means in real terms. It's not different than any other life situations. You push someone hard enough and they start pushing back. ... I never thought it was a good idea to act like it's a scorched earth policy - I win, you lose. I continue to think that was never viable for the Chinese."