Chinese investors are reducing their exposure to stock markets and investing in safe-haven money market funds (MMFs) as stock markets decline from multi-year highs on worries over policy tightening and lofty valuations.

The trend since mid-February marks a reversal in the risk-seeking behaviour seen between April 2020 and Jan 2021, and caused the country’s blue-chip index to post its worst monthly performance in a year in March.

Foreign investors also turned cautious, their buying via the Hong Kong-China Stock Connect slumping in March as the yuan also depreciated against a buoyant dollar. 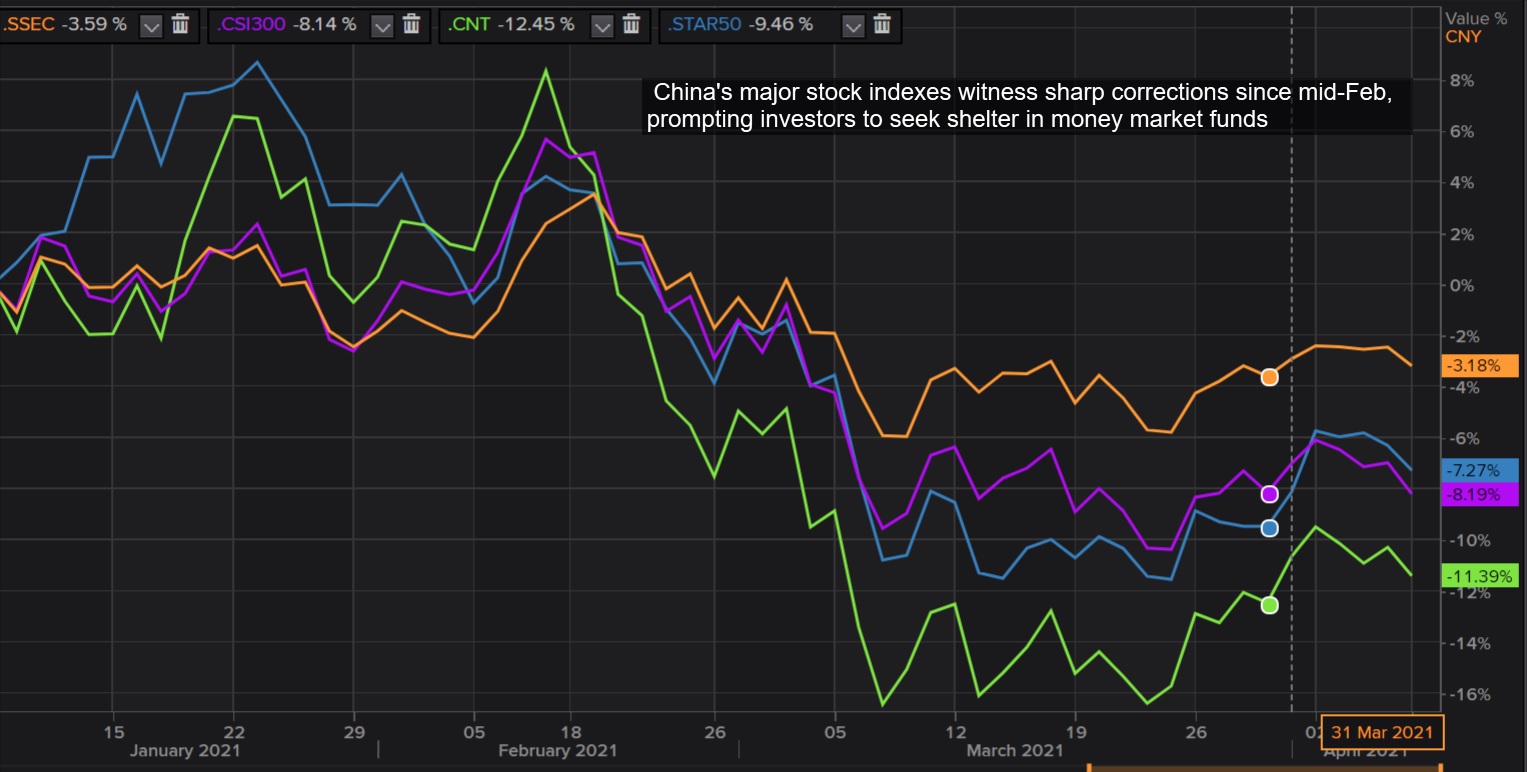 MMFs are traditionally considered low-risk and liquid as they invest in higher quality assets, including government bonds.

The Yinhua Money Market EFF, another major money market ETF listed on the Shanghai Stock Exchange, saw its total units increase 30% to 1.3 billion on April 8, from 1 billion on Feb 18.

Units of the largest ETF tracking China’s blue-chip index declined to 7.8 bln on April 8, from 8.6 bln at the start of the year. 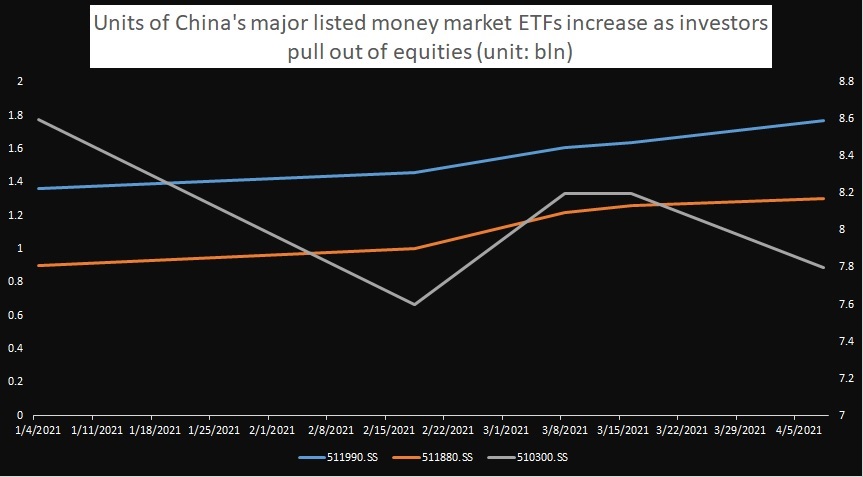 “I don’t see big opportunities now, and investors will not be happy to buy stocks at this moment without a further correction which could give them more safety margin and upside room,” said Fu Yanping, a strategist at wealth management headquarters of China Galaxy Securities.

Meanwhile, margin lending in the stock market, a gauge of investor sentiment, dropped as markets pulled back. 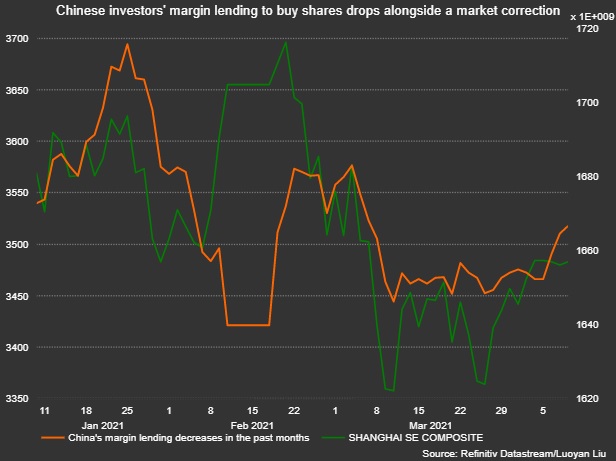 While foreign investors have bought less mainland equities, they have turned to more defensive sectors such as banks. They purchased 12.5 billion yuan ($1.91 billion) worth of China’s banking shares in March via the Stock Connect, CITIC Securities analysts said in a report.

“China’s economic recovery momentum has been quite robust. However, there are worries, in particular among foreign investors, about a shift in China’s monetary policy if the momentum gets too strong,” said Hu Yunlong, a Beijing-based hedge fund manager. 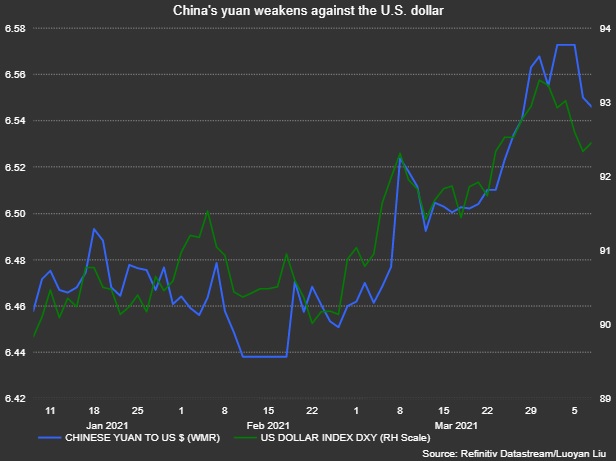