Bitcoin, the world’s flagship cryptocurrency, is certainly attracting new entrants into its crypto-verse. This is because the number of unique entities appearing for the first time in BTC’s blockchain network is surging. According to Glassnode, this growth rate is the largest seen since late 2017. 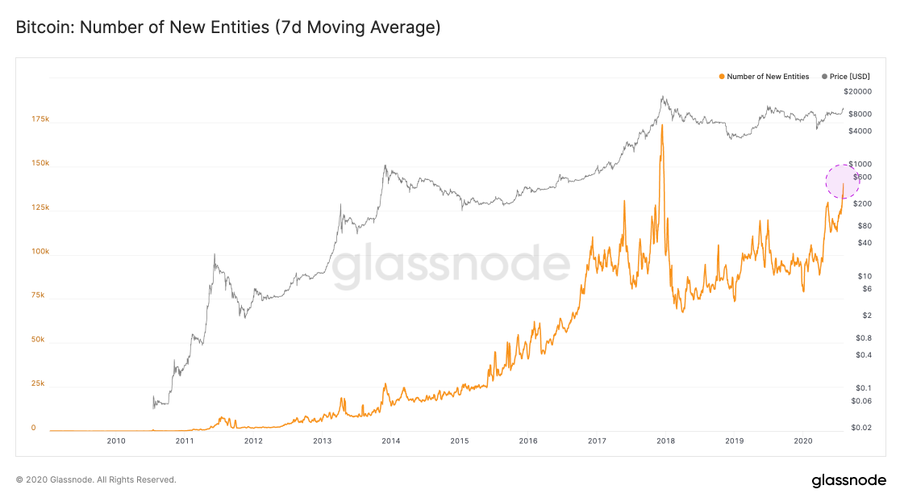 What’s happening in the world’s most valuable crypto market?

Note that these three occurrences are the largest respective outputs since January 2018 (2.75 years ago). With this metric continuing to push higher, it will function as great validation that Bitcoin’s price is justified in retesting the $12,000 range sooner rather than later.

BTC has just indicated that the third largest token age consumed spike since April has taken place, indicating a potential short/mid-term price direction change and increased volatility. The last large spike, which occurred on July 27th, was indicative. Following a brief intermission, the rally rose again to $12, 000, before falling down once more. Now, with Bitcoin on a downward slope, this age consumed spike indicates a higher chance of things bouncing back up toward $12,000.

In the meantime, BTC remained confidently above $10,000 throughout Week 31. Also, Bitcoin’s on-chain fundamentals point to the beginning of a potential bull market, though external market forces could still impact this possibility.